This is an introduction to just some of our expert facilitators at the 2013 Activists Skillshare.
Please check again, there are more to be announced! 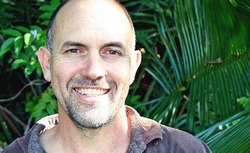 Aidan Ricketts is a prominent social and environmental activist, educator, academic and writer. He is respected for his extensive experience in activism for almost 30 years, including his current involvement in the campaign against coal seam gas mining in northern NSW. Aidan  has a passion for building capacity for community resistance: providing consultancies to assist with strategic planning of campaigns, as well as activist education through workshops.

He has also established a groundbreaking university-accredited activism training course at the Southern Cross University in NSW, where he lectures in the School of Law and Justice. Aidan's ongoing practical work ensures he remains current with trends in campaigning and activism.

This lifetime of dedication to social change has culminated in his recently published The Activists Handbook: A Step By Step Guide to Participatory Democracy. 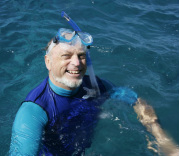 Douglas McCarty has qualified and worked as a Civil Engineer and Secondary Teacher in Physics, Science and Mathematics. He is currently a Tutor in various Education topics in the School of Education, Flinders University. He has been an activist for many years, from Convenor of the Campaign Against Nuclear Energy, State and Federal President of his Railway Officers’ Union, Delegate to ACTU Conference, State Secretary, Treasurer and State Election Candidate for the Greens in SA, Executive Officer of Horse SA, Deputy Chair of a Soil Conservation Board and is currently a member of the NTEU and Executive Member of the Mt Barker District Residents Association.

Workshops: The Big Picture;
From Minority to Mainstream – a Rank and File strategy for changing the world. 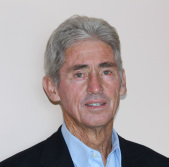 Chris Warren is a video journalist who worked at 7 News Adelaide for 40 years specialising in environmental issues. Currently Chris is working with cameraman/editor, John Maguire, producing video news stories for the blogsite, Environmental News SA, and clients including NGOs and Greens Senator Penny Wright. Chris and John have recently returned from Kangaroo Island where they interviewed rock lobster fishers and eco-tourism operators about the impact of underwater seismic testing on marine animals.

Workshops: Be your own media mogul - how to break into the 24 hour news cycle. 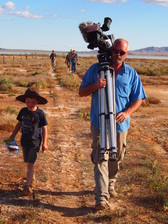 John Maguire has a deep passion to raise awareness about the environment.
Over the past fifteen years John has developed his passion for nature and combined this with his skills derived from nearly thirty years of employment in broadcast television. He has experience as an editor, location director and over the last fifteen years as a cinematographer, scriptwriter and program producer.

John has produced an educational wildlife documentary about the mallee ecosystem and provided wildlife footage for all television networks in Australia and many overseas including BBC and Deutsch TV. He has considerable experience filming sensitive ecosystems and working with environmental groups, government departments, landowners and the general public. John has also worked closely with a senior marketer, developing marketing strategies for environmental groups. John currently produces media for Nature Foundation SA and manages the blog environmentnewssouthaustralia.blogspot.com

Workshops: Be your own media mogul - how to break into the 24 hour news cycle. 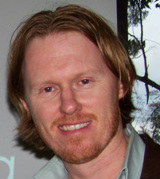 Peter Owen has been the Campaign Manager for The Wilderness Society (South Australia) Inc since 2005. He was named South Australian of the Year (Environment Category) and awarded the annual Jill Hudson Award for Environmental Protection in 2011. Pete has an Honors Degree in Environmental Management, a Graduate Diploma in Environmental Studies and a Law Degree with majors in Environmental and International Law. He was admitted as a Lawyer in 2003 after working at the Environmental Defenders Office in South Australia. Previously he was employed as a Campaigner for the Conservation Council of SA to develop a Murray-Darling campaign.

Over the past few years, Peter and the team at The Wilderness Society have been instrumental in the protection of vast areas of land and seascape including the protection of the Nullarbor Plain, South Australia’s Offshore Islands, the Arkaroola Mountains, the Mawson Plateau and the declaration of the State’s 19 Marine Parks.

Workshops: How to develop an effective campaign 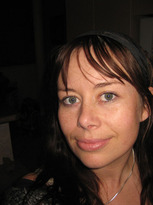 Tammy-Jo Sutton is the Community Outreach Coordinator for The Wilderness Society (South Australia) Inc. TJ is currently studying her Masters of Education (leadership and management) and has completed a Bachelor of Arts at Flinders University majoring in Environmental Studies, Australian Studies and Professional Studies. She also completed a scholarship in Community Service (Volunteer Management).

Previously employed by Greenpeace Australia as an Actions Assistant, Tammy-Jo has had a colorful history within the environment movement across Australia for over a decade. In 2007 she was awarded the Nippy's Environment Young Achiever Award for her dedication to environmental sustainability.

TJ has been a mentor for many young activists across the country. She is an activist educator, who is deeply committed to nurturing and encouraging the individual growth of others, and values the importance of people power to make change.
TJ is also a mother of a beautiful little four-year-old girl.

Currently working at the Conservation Council of SA as the Policy and Communications Officer, she previously worked as an online media consultant and contractor. Noriko worked with the Environment and Waite Institutes and the School of Marketing at the University of Adelaide and the Water Industry Alliance among others, and is known by many in the environment movement as the social media queen.

Leonora Herweijer is one of the State Coordinators of the Australian Youth Climate Coalition in SA. For the past few years Leonora has been working on AYCC SA's Repower Port Augusta campaign for solar thermal in Port Augusta, in particular last year working on the Rally and Walk for Solar. A law/arts student on the side, Leonora believes strongly in climate justice and the role that young people have to play as organisers in this movement

Daniel Lynch is one of AYCC SA's State Coordinators. AYCC SA is currently working on the Repower Port Augusta campaign to get solar thermal technology at Port Augusta. When not working on climate change, he coaches gymnastics and goes cycling in the Adelaide hills."

James is a 21 year old self-professed burn out specialist. Studying currently at Flinders University near the completion of an Education degree, James is an outdoor enthusiast with a passion for forcing people to be engaged in awesome things. After re-igniting the Flinders University Wilderness Club, James has been involved in numerous environmental projects including EcoSurf, Kimberley Cultural Festival, Repower Port Augusta, Walk for Solar and an active member of both his local University collective and the wider student environmental movement. James is an accident-prone, guitar strumming, parmigiarna loving, CPR-inducing, list addict. James will be helping out with the ice-breakers, beach activities and behind-the-scenes. 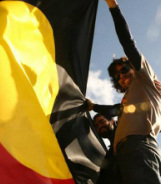 Michael has done outdoor recreation at Tafe as well as years of experience in mountaineering, sea kayaking and rock-climbing. Michael is a founding members of the Flinders University Wilderness Club which is an outdoor club running bush walking and camping trips dabbling in rock climbing and kayaking.

He is in a leadership positions in the South Australian Student Environment Network, grass roots campaigning in Adelaide for the last 2 years including Repowering Port Augusta and the Kimberley Ranges, and helping to build the environment collective at Flinders University. More recently back from traveling, Michael having summited Federation Peak in Tasmania.

Matt is a business owner, university student and vegan. He has a passion for insightful conversations and critical thinking.

Flik is a third year Media student at Flinders Uni.  Uni life requires her to explain her opinions and critical reasoning on the spot. During a gap year she travelled around Australia, philosophising with anyone who enjoyed a yarn along the way.

Flik has a fantastic range of experience in filmmaking, graphic design, environment & social sciences literature. Drawing from her formal and not so formal experiences, she has acquired a  passion to challenge the point of view of others to see how 'might does not always equal right.'

Samuel Shetler is an American from Boston, Massachusetts with a degree in Sociology and Business. His main work is in the disability field, specialising in Autism support. Sam has organised protests against Housing SA and The Advertiser. These actions tie into his larger interests of media concentration and social structures & stratification.

His work in disability is meaningful, but there is minuscule control and the protests organised allow for an active mentality in defending cherished values from imposing threats. To sustain both meaningful work and protect cherished values Sam believes worker co-operatives are a vital institution.

Workshop: How to set-up co-operatives.

"Michael Kubler describes himself an innovative geek who wants to foster paradigm changes in education. Whilst his day job involves web development, photography and film making, he has a passion for understanding human behaviour and how it can be changed. From neurobiology through to behavioural economics, even marketing and social media.
He is a seasoned activist having founded the Zeitgeist Movement chapter here in South Australia, been a part of Occupy Adelaide, CLEANSA, the Walk for Solar, attended the most recent Lizards Revenge and much more."
Activist Skill-share